It was back to the splendid Salesforce Tower, Liverpool Street, for September’s London Salesforce DUG. The standard fayre of beer and pizza (and Coconut milk, for those that fancied it) was available, so let’s thank Salesforce for the venue and Westbrook for the sustenance.

Tom’s talk focused around a Job Scheduler component that he has written, and he used this as a reference throughout. The approach made it very easy to relate the concepts he spoke about to real life implementations and challenges. The code for the scheduler can be found in Tom’s git repo.

Tom covered a variety of aspects including;

It is clear that Lightning is still evolving with every release of Salesforce, and it seems that, despite some good fixes coming in with the Winter ‘17 release, some of the missing/broken parts are still a barrier-too-far for many ISVs and consultancies alike. With this in mind though, it was also good to see John Belo – Director of ISV Technical Enablement, EMEA – ask Tom (and the audience) how Salesforce can improve Lightning for developers and what could be done to increase its adoption.

Tom’s slides can be found here.

As the newest Associate ISV Technical Evangelist, Laura was at the DUG to talk us through some of the changes to Lightning in Winter ‘17, and how these changes affect and can be used by developers.

The first thing that she mentioned was a new Winter ‘17 Lightning Trailhead module, so if you’re dabbling with Lightning (or using it in production) then it would be good to check out.

As well as the fixes and improvements that Tom mentioned in his earlier talk, Laura covered some nice new enhancements to Lightning. These include;

Laura also covered the release of many more base Lightning components (icons, badges, inputs, etc) as well the support for Quick Actions.

Another new feature, that apparently has been highly demanded by users, is Inline Editing in Listviews. I remember a breakfast-meet back in January ‘16 at Salesforce Tower (before it was kinda-called Salesforce Tower) where this idea was originally spoken about. Diego Ferriro Val – Software Engineer/Architect Lighting – spoke about how Inline editing can quickly lead to a huge increase in transactions to the platform, as each edit could kick off a save event. In the actual approach demonstrated at the DUG the list remains in an at-risk state, with edits highlighted. A Save button actually needs to be clicked for the edit to be sent to Salesforce. Whilst this approach does get over the risk of adding unnecessary load to the platform, it does potentially mean that these at-risk edits could be lost, if for example, the user’s laptop ran out of battery, or crashed. Perhaps Salesforce are using a more persistent local store for these edits to combat this, though this was not covered in the demo. Within the MobileCaddy apps we take an offline-first view on these types of actions, and we would be using the persistent encrypted local store for all edits, so as to reduce any real at-risk records.

A demo of the Lightning App Builder was also on the menu, and I have to say I still noted Lightning to be pretty slow. I’m sure work on improving this is ongoing, but personally I think the current performance is going to irk users who are using LEX. And I might be wrong but doesn’t the screenshot below look like a classic list view (yes this is my Summer ‘16 dev org, but still looks the same in Winter ‘17)?

During the questions, the point of unit tests within Lightning was raised. We were told that these are planned for Spring ‘17. I’m sure this will make many developers much happier.

It was another truly interesting DUG, and I really must thank Anup Jadhav and Jodi Wagner for organising and Westbrook and Salesforce for sponsoring and hosting.

It’s good to see the evolution of Lightning, though it is very clear from chatting to other attendees that adoption is still slow.

MobileCaddy attended the London meetup for the Salesforce.com Lighting Week on Wednesday 11th March, and Paul (CTO) and I had a fantastic evening.

END_OF_DOCUMENT_TOKEN_TO_BE_REPLACED

Yesterday Creation Technology hosted the inaugural West London Salesforce1 Users and Developers Meetup. Paul, Justin and I, on behalf of MobileCaddy, are delighted to have been invited to present alongside the wonderful Peter Chittum.

The meetup was entitled Create Mobile Solutions in a Flash and followed nicely on from the last Salesforce meetup we attended which was focused on Salesforce Lightning (see our blog here).

With MobileCaddy we remove all the boring stuff, the functionality that has to be there, the things that as devs we hope will just work so we can get on with building the functionality that are going to make our apps the best they can be. As an app dev you shouldn’t need to worry about monitoring, upgrade rollouts, authentication, etc.

Justin then demoed a Child Healthcare Tracker application that we had built. Showing how each platform interaction can be logged and monitored, and how this can give organisations peace of mind. He also demoed the MobileCaddy Platform Emulator and Codeflow environments that allow for rapid development and testing of mobile apps built for Salesforce.

Justin’s slides can be found over here on SlideShare.

Huge thanks to the Creation Technology team for putting on an excellent event. For a “first” meetup it was very organised and well attended and I very much look forward to the future ones. A special note should be made on the supplied food and drink, never before have I been offered Rioja and Olives at a techy meetup… and I think Paul was pleased with this situation. 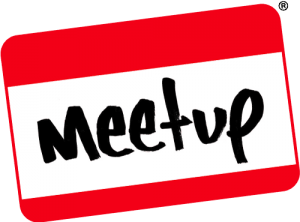 We’re excited to be presenting at the first meet-up of the West London Salesforce1 Users and Developers Group  next Wednesday 21st January, which will take place in the Club Workspace at the Barley Mow Centre in Chiswick, London. The theme of this meet is Creating Mobile Solutions in a Flash, and we’re looking forward to hearing the group’s views on Enterprise Mobility, and listening to the hopes and fears Salesforce users have when it comes to ‘going mobile’ and the projects being undertaken by fellow developers, admins and users.

END_OF_DOCUMENT_TOKEN_TO_BE_REPLACED

Yesterday myself, Paul and Justin attended the first London Salesforce Developer’s meet-up of 2015. We had all been to many in the past but were particularly excited about this one, as Doug Chasman and Skip Sauls were presenting on the much hyped Salesforce Lightning.

The meetup was hosted for the first time at the dotmailer offices near London Bridge, they provided excellent facilities which were matched only by the quality (and quantity) of pizza and beer supplied generously by the kind folk at MakePositive. So big thanks to both companies.

Doug and Skip (though mainly Doug, as Skip had laryngitis!) talked and demo’d us through the history of Lightning, the architecture of Lightning Component, some examples and a look into the future to see what’s on the roadmap. There was a lot of information passed on, and I have to be honest and say I don’t want to (or maybe can’t) regurgitate it all here… but I will cover what I seem to believe are the main nuggets that got me thinking.

Doug also covered (many times) the fact that trust and security were high priorities… obviously that was great to hear. This eye on security has meant a couple of things. 1) lightning components (on the platform) live on a lightning domain. 2) Communication to/from the client/server parts of Lightning components is locked down. This point was one of the very few “guidances” that is put on how components are used.

Here are a few other points on Lightning;

For more information on Lightning, check out the Salesforce developer site.

All-in, the session was excellent. Both guys showed passion for the platform and certainly for Lightning. If you get a chance to see them talk then I’d definitely recommend it.

Big thanks to Anup and Co. for another brilliant meetup.

If you have a thirst for more Salesforce goodness then come along to the Create Mobile Solutions in a Flash session of the West London Salesforce1 Users and Developers group, where our good selves will be among the presenters.