This month’s meetup was a special one for the Ioinc UK group… we had Ionic Royalty in the house!

Yes! Max Lynch and Perry Govier joined us following their time at the AngularConnect conference, and we were all honoured and pleased to get the chance to hear from them and have a good ol’ chat.

Max was keen to mention how he admired the Ionic UK group, especially as it was the BIGGEST meetup group, even including the ones near their home town of Maddison.

Perry gave us a run through of the slides that Adam Bradley showed at the AngularConnect conference, but talked through them in a way that an audience who already knew Ionic (from the V1 days… aah… I remember like them like it was yesterday).

We skipped through some of the initial slides (they can be found here) and moved quickly onto the technical differences of V2. Of course one of the primary changes is that it’s built on Angular 2, and as such gets a lot of the benefits of that with it… importantly this includes the speed improvements, which on mobile are very key. I was hoping to find some performance comparisons but I haven’t come across any yet.

Perry mentioned that a lot has changed since V1, not just with Ionic but with all the technology surrounding it. We now have better, faster devices, improved web APIs, fewer poor devices (through churn) and, of course, improved browse engines. As for Ionic though there are also a lot of changes. I suggest reading through the initial blog post from Ionic on V2 as well as the slides and even watching Adam’s presentation from AngularConnect. 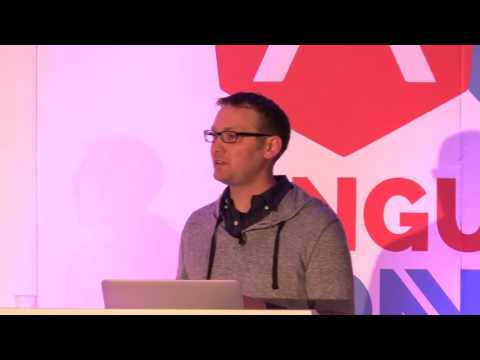 As a quick summary though, here are a few of the changes that I’ve noted;

There are other areas of change too, including the support for TypeScript, JS ES6 and the bundling of the ng-Cordova type interfaces.

Although Ionic 2 currently wears an alpha badge Max said that this was based upon the core reliance on Angular 2, rather than the internal state of Ionic 2… a nice sign of confidence.

I asked about ongoing support for V1 from the Ionic team and was told that this is likely to be around till the take-up of version 2 has at least surpassed that of V1, so we should feel pretty comfortable with this.

Meetup co-organiser Sani gave us a quick run-through over some of the (our) much-loved Ionic V1 features and implementations… I won’t go over this here, but if you’re wondering “what’s so cool” about Ionic then I can only suggest you give yourself some time to have a go at running up an app… you’ll only need half-an-hour.

I really enjoyed the previous meet-up’s showcase segment and was pleased to see it have another slot. In this part of the meetup folk are invited up to talk about projects they are working on, would like to be working on, etc… it’s great stuff.

Jambuster – A real time traffic monitoring app built for Londoners. With the app you can set routes and times so that you only see the information relevant to you. The app allows you to see live traffic cam statuses and pictures. The chap that built was an old-skool dev, building the backend with Perl, Emacs and sqlite. I can’t find a link to the app unfortunately… but I’m on the hunt for it. The developer is after some cash and users to test it.

Jasper – 19 year old Alex Emedeme gave a quick pitch of his app Jasper that “… helps friends experience the places they’ll actually love.Plan it. Vote on it. Do it“. It looks like a potentially useful application for those wanting to meet with friends but always seem to struggle finding a place that suits everyone. Alex came across very comfortable and knowledgeable about his app and I can only wish him the best.

Electric Jukebox –  Electric Jukebox gave us a hiring pitch for their product, which by the looks of things is really going places… so if you’re a talented Angular/Ionic dev then why not get in touch with them?

Ionic in Space  – (well sort of)… Tom Halfpenny (what a great name) demoed the app that helped them become finalists in Nasa’s International Space Apps Challenge. And he gave props to Ionic for helping deliver the app development speed. Here’s a video of their “Stereo Vision” app in action… 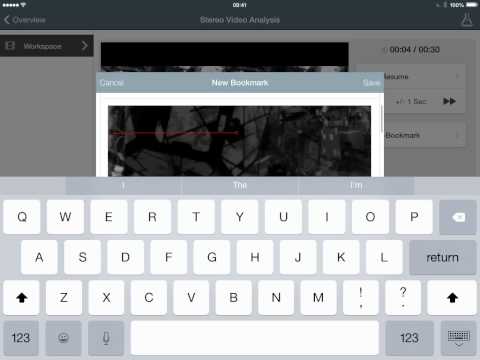 You’re probably not going to be surprised to hear that I really enjoyed the meetup again. The mixture of knowledgeable talks, interesting showcase and great post-meetup chats and beers made it almost perfect. Almost? yes, sadly I missed out on pizza… so perhaps there could another 2 or 3 ordered next time as I think a few people didn’t get any.

Regardless, thanks go to all the speakers and folk for getting up during the showcase… and of course to Sani and Ryan for organising… oh and the sponsors for helping out with beer (of which there was enough, I think), pizza and venue.