Now this might sound surprising, but prior to last night I hadn’t been to any of the Awesome Admin meetups before. I’ve seen admin talks and pretensions at conferences and the like, but I had not actually attended an AUG (Admin User Group) before.

And so I can’t comment on other AUGs, but London’s is excellent. We were 70+ strong, were hosted by PWC, and were treated to a handful of really interesting, (entertaining?) and informative talks.

The event was very friendly, and although I knew a handful of folk from other Salesforce meetups and community events, I met a whole raft of other folk too.

The venue is in an incredible location, and plenty of attendees took a pic of the vista on exiting – including me. Pizza, beer, wine and soft drinks, and all went down well. The only negatives on the venue, from me anyway, were a lack of seating and the room being too hot. Of course, being British I just smiled and took it on the chin. I’m sure if I mentioned either of these things then they could have been addressed.

Four talks were lined up for the evening, so let’s crack on.

As an avid member of the community, Francis, a Salesforce MVP, was expected to deliver a good talk, and that he did. Squeezing an awful lot of content into a relatively short amount of time.

His talk was all around security, and things to look out for, including steps that can be taken to increase your security – both personally speaking, and also in the realm of a Salesforce Admin. He started off with a quite dramatic big number, 487 million. This was the number of private records that were leaked into the public domain last year.

Next came something that caught me out completely… audience participation! This is something I’ve not seen at the DUGs. It became clear that Admins are indeed a different breed. Francis ran us through a couple of hypothetical scenarios, highlighting some of the tactics used, and how we can protect ourselves. During the conversations it actually transpired that two folk, just in my group of eight, had been victims of a phishing attack, just in the last week. These threats are real.

Education is key to prevention

One of the key points that came out of the talk was that even though Salesforce provides a lot of out-the-box security (and settings that can be used to lock your org down even further), that actually users of the system can pose just as much as a threat, and are a common way in which systems are compromised. Off the back of this came a nice summary statement, “education is key to prevention”, to which Francis nicely parried with the recommendation of this free course on security, so why not check it out and pass around to your colleagues too.

As a ‘face’ of the Salesforce community, but one I’d not actually heard speak before, I was keen to see what Chris, of Mavens, had to say on the new Health Cloud. This is one of Salesforce’s newest clouds and is built upon the Service Cloud. It has pre-built targeted custom objects that (should) fit to organisations within the healthcare industry.

Chris gave us a demo and showed us some of the features, and current niggles, that the Health Cloud provides. In all it looks good, and this was one of Chris’s key points – it does look good but sadly is a bit lacking under the hood (at the moment at least). Health Cloud is all currently Lightning-powered through Lightning Out in standard Visualforce, and with that comes the current hit to performance that Lightning is presently suffering.

The tag team of Jodi and David were up next, both from Accenture. They gave us an overview of another new cloud from Salesforce, the Financial Services Cloud. As with the Health Cloud this is built upon one of the existing offerings, though this time it’s the Sales Cloud that is used as a foundation. The Financial Services Cloud is built for wealth management and is currently in its first iteration.

The view on this offering, from Jodi and David at least, is that it’s not a bad first stab. Like the Health Cloud though, there’s still more to be done, and what is there isn’t really available to be configured or modified to a point that it’ll be useful beyond some of the very basic use cases.

The idea behind both these clouds is to give organisations within certain fields a good starting point and something to build upon. It looks like Salesforce have made a good start, but there’s still a lot that can be improved upon.

As with the other speakers, Amanda is also active within the community. This was a chance for me to catch a talk similar to the great one she did at London’s Calling that I had missed at the time.

It was an entertaining presentation for sure, and I’m pretty sure I can’t do it justice here. But worry not, check out this video from said London’s Calling. 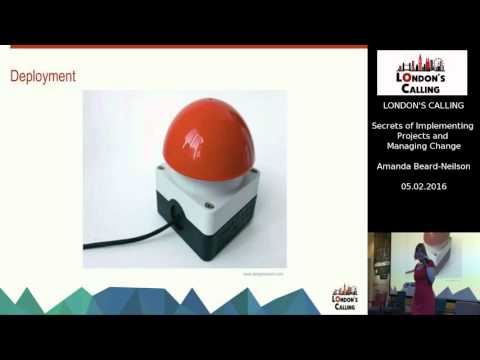 The talk was captivating and covered many points. The majority seemed to be common sense, but actually get lost when in the process of trying to gather requirements. This led to me thinking that maybe just one key thing needs to be remembered… focus.

During several of our recent projects at MobileCaddy – including an award-winning one with our strategic partner Appirio – we’ve seen how having a sturdy and focused requirements gathering stage can hugely affect a project, for the better. As well as the process, there’s as much a human aspect to this. Having a good relationship with the client, one where mutual respect is in place, leads to better results. Projects will not just actually deliver better outputs, they’ll also run smoother, be quicker, and ultimately provide better value.

I love the above image, but could not find anyone to attribute it to, sorry.

I’m really pleased I branched out from the safety of the DUGs to attend my first Awesome Admin meet. It was certainly different and actually very interesting to hear about Salesforce from different angles than those that I’m used to.